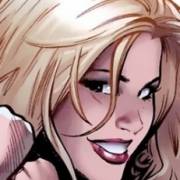 The DST (Direction de la Surveillance du Territoire) is surely THE hottest service in the surveillance of computerized networks... Well, they want to become the number one in the fight against Cyber Crime.

According to sources, the DST has been actively monitoring the Internet since 1995, and apparently the counter-intelligence guys are having a good time:
Until then, you may say, they are fighting between agencies, so we don't give a damn. I answer you that it is true, but only until October 1996, because from then on, it spoils and everybody gets involved.

The DGPN (National Direction of the National Police) makes of alliances inter-services with the DCPJ (Central Direction of the Judicial Police), the RG (General Intelligence) and the DST.
As a result, the DST, which until then had been involved in its own affairs, was now called upon to help all the services for information, but also for all kinds of offences, as of 1997. The DST cell is managed by 1 Boss and 12 other civil servants, which is not much, but they still filter about 250,000 newsgroup messages per day... it's scary.

So here we are, before we were just confronted with a bunch of cops playing with their bikes, but now we have a cell of counter-intelligence experts on our backs.

It makes you think...


THE AMERICANS ARE THE FIRST ONES...

The Pentagon has just signed a 50 million dollars contract with a Californian manufacturer -SGI- for the NSA. The super gun called CRAY SV2 is apparently X times more powerful than anything else.

When you know that NSA stands for National Security Agency...

Fortunately, we already know that the OS is not Windows...OUFF!

With the good pretext of wanting to "protect children from shocking images and contents", the ICRA (Internet Content Rating Agency), which met in Munich a few days ago, has decided to develop an automated system for monitoring the contents of web pages.

But no, it's not enough! This time, it's going to censor hard since this project "anticipates the new global control norms of the web in the US and in Europe", says the director of ICRA.

It should be noted that the ICRA has only existed since May 1999... it's promising.

By the way, our friend Bill Gates is there, as well as our buddies from AOL, IBM, British Telecom, and a lot of other party people.

guest
17 Jan 2023
i love Prague. I think it is the most beautiful city in the world. Thanks for sharing.
This website uses cookies to store your preferences and improve the service. Cookies authorization will allow me and / or my partners to process personal data such as browsing behaviour.