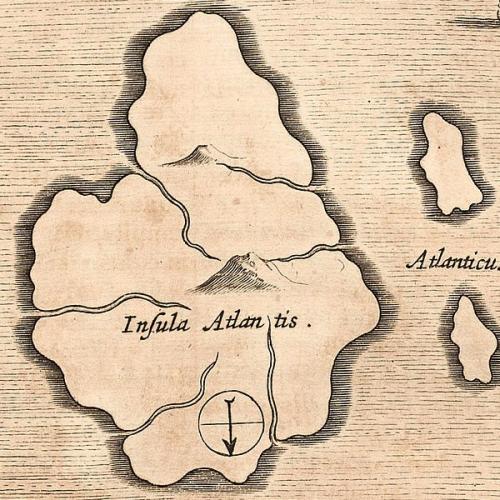 by lostcivilizations
6 Aug 2022
Located off the China Sea, in the strait that connects Japan to Formosa and submerged 25 meters below sea level, they represent for the discoverers the testimony of a civilization that lived over 10.000 years ago. The massive constructions have aroused excitement and dismay in the international archaeological community. The architectural features of what can be considered a colossal structure, comparable in size to that of the pyramid of Cheops, can be compared to the Mesopotamian constructions called Ziggurat, step pyramids, typical of the Middle Eastern area. They cannot therefore be associated with anything that has to do with the Japanese and Chinese cultures known to us. Previously no one had noticed the presence of these buildings and Professor Kimura was the first to have understood that the structure was not the work of nature, but of man. 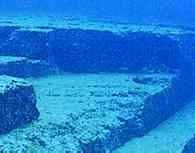 Furthermore, in the same area, finds of other buildings have been added to the main discovery, confirming that, submerged a few tens of meters below the sea surface, an entire architectural complex was waiting to be discovered and provide a new interpretation to the history of oriental and world civilization.

Geologist Robert Schoch and Egyptologist John Antony West, supporters of the existence of Atlantis and consultants for the in-depth studies of Robert Bauval and Graham Hancock, who considered the structure the work of nature, were also interested in the underwater site. But Kimura replied to these claims.

"the same phenomenon would also be readable on the surrounding rocks. The discovery of what appears to be a road that encircles the entire complex confirms that it is only the work of man"

After the images of the location were released, Schoch and West had to admit their mistake.

A certain agitation reigns among Japanese researches, as studies seem to confirm that the Ryukyu underwater complex has close relations with pre-Columbian and Egyptian ruins.

Perhaps it was a religious and ceremonial site that has no correspondence with any other sacred architecture of the Far East and that is instead linked to archaeological sites present in other parts of the world. In particular, the entire underwater complex as an architectural design is strikingly similar to the Inca city of Pachacamac in Peru. 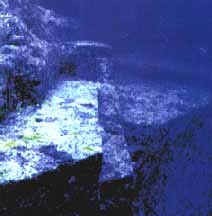 Even the estimated age of the complex is perplexing; Teruaku Ishi, professor of geology at the University of Tokyo, argues that the submerged Pyramid could date back to at least eight thousand BC. Other scientists even date it back to 12.000 BC; that is to say, older than the pyramids of Egypt. The architectural correspondence between the submerged structures of Okinawa and the Egyptian, Mesopotamian and Mesoamerican temples puts on the table the arguments that researches of paleoastronautics have so far advanced and that many archaeologists are only now starting to take into consideration: namely the presence of a highly evolved planetary civilization, prior to the flood, Atlantis or the legendary Mu, (or what the Japanese call the mythical Onogorojima) whose pre-Flood culture traces can be found in megalithic monuments scattered all over the world. The fact that the Ryukyu Pyramid is placed below the water level is a consistent indication that the civilization that built it disappeared with the flood.

A civilization that in the distant past had to exert a great influence on the entire globe.

The remarkable similarities between the Peruvian and Bolivian constructions and the Japanese ones are not otherwise explainable. It is not known to many in fact that even in Japan pyramids with smooth faces have been found. On October 19, 1996, an archaeological expedition discovered a small monolithic and symmetrical pyramid, a miniature version of the pyramid of Cheops, in the north of Japan, on the island of Honsu, in the locality of Hang on Mount Kasagi. Formed by a single granite block, it measures 4.70 meters at the base by 2.20 in height and represents an architectural element completely unknown in Japan; until today at least.

The small Japanese pyramid is not the only structure apparently inconsistent with the classic architecture of Japan. Many of the readers will know the Peruvian constructions of the city of Cuzco with its Curichanca, the golden enclosure, and the nearby Sacsayhuaman still characterized by long rows of walls. Inca engineering was characterized by the ability to know how to assemble monolithic and gigantic blocks with an interlocking technique that has no valid counterparts in modern times.

These constructions have won the challenge of time, overcoming even strong seismic events, even though they were built without any concreting. The sign of a superior technique that is still enigmatic today. The interlocking system is not only the prerogative of Central South America. The Egyptian pyramids and temples, the platform of the temple of Baalbek in Lebanon, the foundations of the temple in Jerusalem, which can now be visited from the Christian part of the sacred city, have the same characteristics, which many researchers attribute to a culture prior to the flood, in a period including between 10.000 and 15.000 BC.

Incredibly present peculiarities in the boundary walls of the imperial palace of Tokyo, also formed by monolithic blocks perfectly fitted into each other, as for Inca buildings and characterized by the same engineering technique. Among the remains of the palace was also found a small door, a reduced-scale version of the Sun Gate of Tiahuanaco in Bolivia, and like the latter dominated by an idol whose original was destroyed by bulldozers during excavations. It is a statue, by style, comparable to the all-round Peruvian idols. The system with which the door is assembled, characterized by three monolithic blocks, seems to connect it to the European Dolmens and above all to the Triliths that form the entire Stonehenge complex.

If, in fact, recent archaeological discoveries have revealed incredible correspondences with American, Middle Eastern and Egyptian monuments, it is striking that even Breton and Celtic architecture find its counterparts in Japan. Two menhirs side by side were found in the forest of Nabeyama, again in 1996, elements completely unknown to Japanese culture. It was found that the megaliths of the ancient European and Breton Neolithic culture in particular had the purpose of signaling, like a real calendar, the main astronomical events, from eclipses to solstices, and on these the populations marked their rhythm of life.

Paleoastronautics researches will know that the Breton megalithic temple of Stonehenge still has an obscure origin and its construction date is continually being advanced. Also in Egypt, in 1998, a similar structure was discovered, dating back to 7.000 BC, formed by monoliths 3.6 meters in diameter and over 2 meters high arranged in a circle and perfectly aligned north-south, east-west and with the summer solstice.

The fact that these constructions are present in such distant places and in three different continents, Asia, Europe and Africa, leads back to the same hypotheses formulated for the Japanese pyramidal constructions: a developed culture acted as a global footprint in the distant past, only to suddenly disappear.

If these constructions were located in Peru or in Brittany, no one would have doubts about their origin. What is the meaning to give to these perfect matches? The answer must necessarily consider that America, Asia and Europe were in the distant past linked by an extremely evolved culture.

The presence in Japanese land of this type of architecture confirms that Atlantis must have really existed and that it extended its dominion to the Far East or at least influenced neighboring populations with its knowledge. It is a fact that it is emerging strongly thanks to new discoveries, far more than archaeologists are ready to admit. How else would one explain the existence in Japan of elements extraneous to the Far Eastern culture, but perfectly fitting into cultural contexts as far away as those pre-Columbian, Middle Eastern and European? If Japan in its known history never came into contact with these populations, where should the common root be sought?

Probably in a reality erased by the devastating waters of a catastrophe of 10.000 years ago, which is only now giving us back an ancient historical memory buried in the darkness of the centuries.

That Japan was part, thousands of years ago, of an ancient empire that disappeared. This had already been hypothesized in 1968 by W. Raymond Drake in his book Spacemen in the Ancient East, in which Japan is inserted within the continent of Lemuria.

Drake writes that the first settlers of Japan were white men, custodians of Lemurian knowledge. The flag of the rising sun, symbol of Japan, would still represent the sacred symbol of Lemuria.

"Like the Indus, the Chinese and the Egyptians, the Japanese have had as many as twelve dynasties of divine emperors"

"that they reigned for 18.000 years, suggesting a domination of cosmic origin. Ethnologists agree that the first ancestors of the Japanese were men whites who subjugated the indigenous Ainu, now almost completely disappeared, thus starting the Yamato lineage. Linguistic analyzes suggest that the Japanese language has an affinity with Babylonian"

This confirms that it is not the only monuments that provide traces of a common cultural root of the antediluvian era among the populations of antiquity.

AniphaeS
20 Sep 2022
It looks like a big church Is it christian?

AniphaeS
12 Sep 2022
It was too sweet, next time I need to try with the raw green mango instead of the mango pulp

Francesco
11 Sep 2022
I've never tried it, but it looks delicious :)
This website uses cookies to store your preferences and improve the service. Cookies authorization will allow me and / or my partners to process personal data such as browsing behaviour.